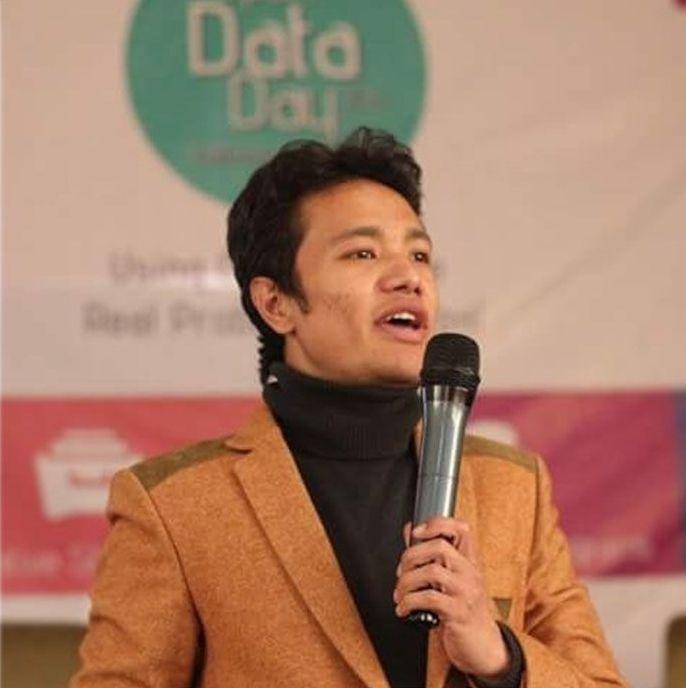 The former socio tech manager at KLL, Sazal is currently pursuing his Masters of Information Science at Syracuse University.

Open Data Day is a worldwide celebration of the value of open data, and a chance for open data users and enthusiasts to teach others about open data and how to use open data. In 2016, it is celebrated on Saturday, March 5 with hackathons, mapathons, workshops, and lectures around the world.

For this year’s Open Data Day, Kathmandu Living Labs held its celebration of open data in Pokhara, Nepal for the first time. While in the past KLL had always held Open Data Day in the Kathmandu Valley, Pokhara is the center of KLL’s newest open mapping work. Pokhara’s rapid urbanization and its high risk for natural hazards makes maps particularly important.

The event began with an inauguration session and a series of talks. Held in the auditorium of the Pashchimanchal Campus Institute of Engineering, the speakers discussed the value of open data to development, democracy, and disaster resilience. To open the workshop, the head of the Research Management Unit of Western Region Campus welcomed the guests.

Dr. Nama Budhathoki, director of KLL, gave a presentation called “Open Data for Social Good”. He explained what open mapping is, and the use of open data in the earthquake of April 2015. Next, Dr. Swarnim Wagle took the podium. He discussed the importance of open data for democracy and development. Hon. Rabindra Adhikari, a member of parliament, was the third speaker. He emphasized the role of open data in development and governance and said that he envisioned Pokhara as the leading Open City in Nepal. The campus chief shared the inaugural session, and the chief executive of the Pokhara municipality highlighted the value of open data in local governance.

After the morning talks, the participants had a chance to get hands-on experience with open data by taking part in one of three afternoon sessions. These practical sessions covered all aspects of open data, from its importance in society to the basics of using OpenStreetMap to get around.

Two hundred and fifty students registered for Open Data Day Pokhara and attended the event, spending their Saturday learning about data and mapping. Open data and open mapping have a bright future in Pokhara thanks to the hundreds of students who have the skills to develop and use open data. View Open Data Day 2016 in pictures here.

The former socio tech manager at KLL, Sazal is currently pursuing his Masters of Information Science at Syracuse University.

Read More from our Blog